The best example of how the gentle message of the Compassionate One could rehabilitate the most savage of men is the case of the Emperor Asoka. About two hundred years after the Buddha, this king waged fierce battles across India and caused great anguish and fear. But when he absorbed the Dhamma, he
regretted the evil that he had done. We remember and honor him today because after his conversion to the path of peace, he
embarked on another battle: a battle to bring peace to mankind. He proved without doubt that the Buddha was right when He asserted that true greatness springs from love, not hatred, from humility, not pride; from compassion, not cruelty. The Emperor Asoka
conversion from cruelty to kindness was so complete that he
forbade even the killing of animals in his kingdom.
Buddha was the greatest conqueror the world has ever seen. He
conquered the world with His infallible weapons of love and truth.
His Teaching illuminates the Way for mankind to cross from a world of darkness, hatred, and suffering, to a new world of love, tranquility and happiness. 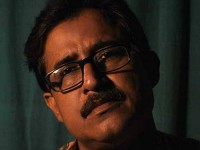 Please donâ€™t accept the packet if it seems to be damaged. Paintings once sold will not be returned.